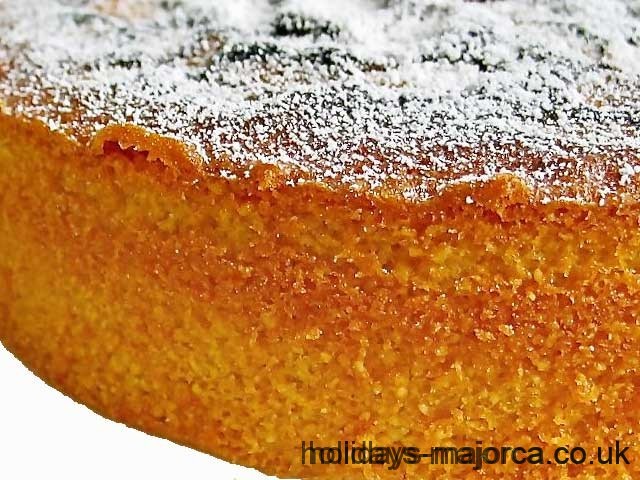 Majorca is well known for its almond trees, especially during late winter, around February / March, when they are seen covered in white or pink flowers.

This traditional almond cake recipe is used throughout the year and often served with vanilla ice cream.

Majorcan people use their fruit to prepare cosmetic creams, drinks, meals and desserts.

Here we introduce you to the traditional recipe of Almond Cake which is called “Gató d’Ametlla”.

This cake recipe is gluten-free, so it is a great option as a dessert for celiacs.

It is prepared in 10 minutes and ready after approximately one and a half hours.

This Majorcan Almond Cake is served cold with a scoop of ice-cream (preferably Almond flavour).