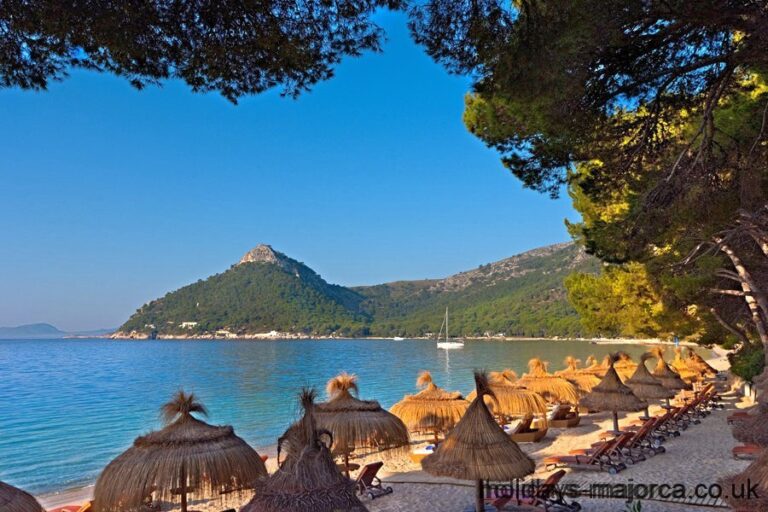 At the northern end of the Badia de Pollença, a promontory curls elegantly along Puerto Pollensa harbour as if laying a protective arm around the little fishing town.

Although the danger of attacks by pirates is long past, the harbour, the first inhabited stronghold from the northernmost tip of the island, can use a little protection.

Behind it there is nothing but the storm-ravaged Cap de Formentor, below it the slopes of the Tramuntana begin.

After Agatha Christie had spent a few weeks here in 1929, introducing the harbour of Pollença to the world of literature in her love story Problem at Pollensa Bay, not forgetting to mention the magical beauty of its lighting, Britons expert in detecting good holiday locations began to arrive for their summer breaks.

Among them were famous names such as Winston Churchill and shipping multi-millionaire Aristotle Onassis.

Some of the flair from the days when men were gentlemen remains and the seaside resort is vaguely reminiscent of the idyllic fishing villages found in Cornwall.

Port de Pollensa soon became affordable for the less well-endowed and after the Second World War was one of the first main tourist resorts on the island.

English-speakers still dominate the fishing port in the summer months, on the surface at least; what they probably fail to realise is just how many of Spain’s celebrated public figures regularly gather here to discuss affairs with fellow politicians, negotiate deals with business associates or meet up with old friends.

Despite the often dubious blessing of tourism, Port de Pollenca has managed to retain much of its character.

In the style of good old British understatement, the town has kept its beach clean, furnished its town centre with shops which are attractive but not showy & transformed itself into a paradise where people are invited meander, to watch the world go by and to meditate Mediterranean-style.

You can sit outside one of the cafes along the Passeig Anglada Camarasa for hours gazing at the fishermen mending their nets or contemplate proud yacht owners scrubbing down their decks from the Club Nautico.

At the end of the bay a small fortress built in 1634 guards the harbour, its ruins later converted into a lighthouse.

At the backdrop of the long, wide sandy beach rises the Serrade Cavall Bernat, with the beach at the Cala Sant Vincenc behind it glimmering a natural beige, gold & shades of aquamarine.

On a clear day, you can treat yourself to a trip to Cap de Formentor to wave a greeting to Majorca’s sister island.

From the lighthouse there, you can see the town of Ciutadella and Cap de Punta Nati on Menorca.

There are a great variety of hotels available in Puerto Pollensa catering for all budgets.

One of the more well known and upmarket is the 5-star luxury Barcelo Formentor.

Another popular hotel is the 4-star Hoposa Daina.