The Palma to Soller Train 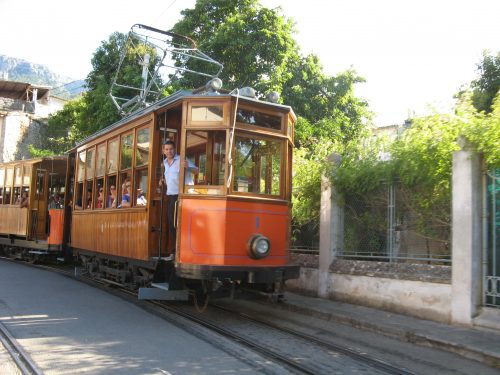 Majorca has a modern and up to date electric railway that runs from Palma to Inca and it can be a good way to get about that part of the island.

However it is the old railway of the Palma to Soller train ride that is the one to take purely for the experience.

It is not a fast trip, as it takes just over the hour to cover 16 miles at a fairly low average speed, but it is one of the best railway journeys you will take!

The line was not built for tourists however, but as a solution for the transportation of oranges!

In the early part of the 20th century it was discovered that vitamin C was good for human health and so the demand for citrus fruit increased.

Many citrus fruits, particularly oranges, were grown in the Soller area.

Before the railway, it took ten hours to get the fruit from Soller to Palma by road, which was also quite dangerous, particularly during the winter.

The railway was the ideal solution and it was paid for by the inhabitants of Soller, each buying shares in the line for 500 pesetas (about 3 euros) a share, to cover the total cost of 3.5 million pesetas.

An interesting point for visitors from the UK is that the train carriages were all built in England.

The line opened on the 16th of April 1912 to a rapturous send off for its first journey from Soller to Palma and could carry a great deal of cargo as well as passengers.

The motive power at this time was steam, but in 1929 electric locomotives replaced the steam engines, some of these are still in use today.

In the mid 20th century the oranges were again taken by road and it looked as if the railway may be forced to close, however tourism saved the day, as people visiting Majorca found the experience breathtaking and so the line survives to this day.

The trip can be taken in either direction, but we think Palma to Soller train gives the best impression of this beautiful line.

When you get on board the train you are struck by the splendour of the old wooden finishes, particularly in the first class carriage, where there are leather sofas and ornate panelling.

The journey starts off from the station in the Placia d’ Espanya in Palma, which is next door to the modern station for the train to Inca.

Both stations used to stand side by side at ground level but a few years ago the modern line was put underground and so it is a trip down escalators to get the Inca train now.

The first few kilometres are quite urban as the train makes its way out of the city and through the suburbs.

It should be remembered that this land at one time was the countryside that surrounded Palma but as the city swallowed up more and more acres, this became built over.

If you look in amongst the industrial areas and housing, you will still see the odd olive grove or fruit trees which gives a hint of how this area used to look.

Soon the city starts to give way to more scenic vistas as the climb begins towards Soller making towards the first of the 13 tunnels on the line.

The views start going from great to stunning in a very few kilometres and the line looks as if it should not be here at all as it clings on to the contours of the mountains.

Once a day there is a special train called the Tren Turistic which makes a stop for ten minutes at a special platform so passengers may alight and take photographs.

After many more fantastic vistas, too numerous to describe, the train reaches Soller and pulls into the ‘Art Deco’ station.

From here you can either walk, or better still take the tram service to Port Soller and don’t forget, you still have the return trip to look forward to!

The operators website has full details of timetables. Tickets can be bought on the day of travel from the kiosk at the station. 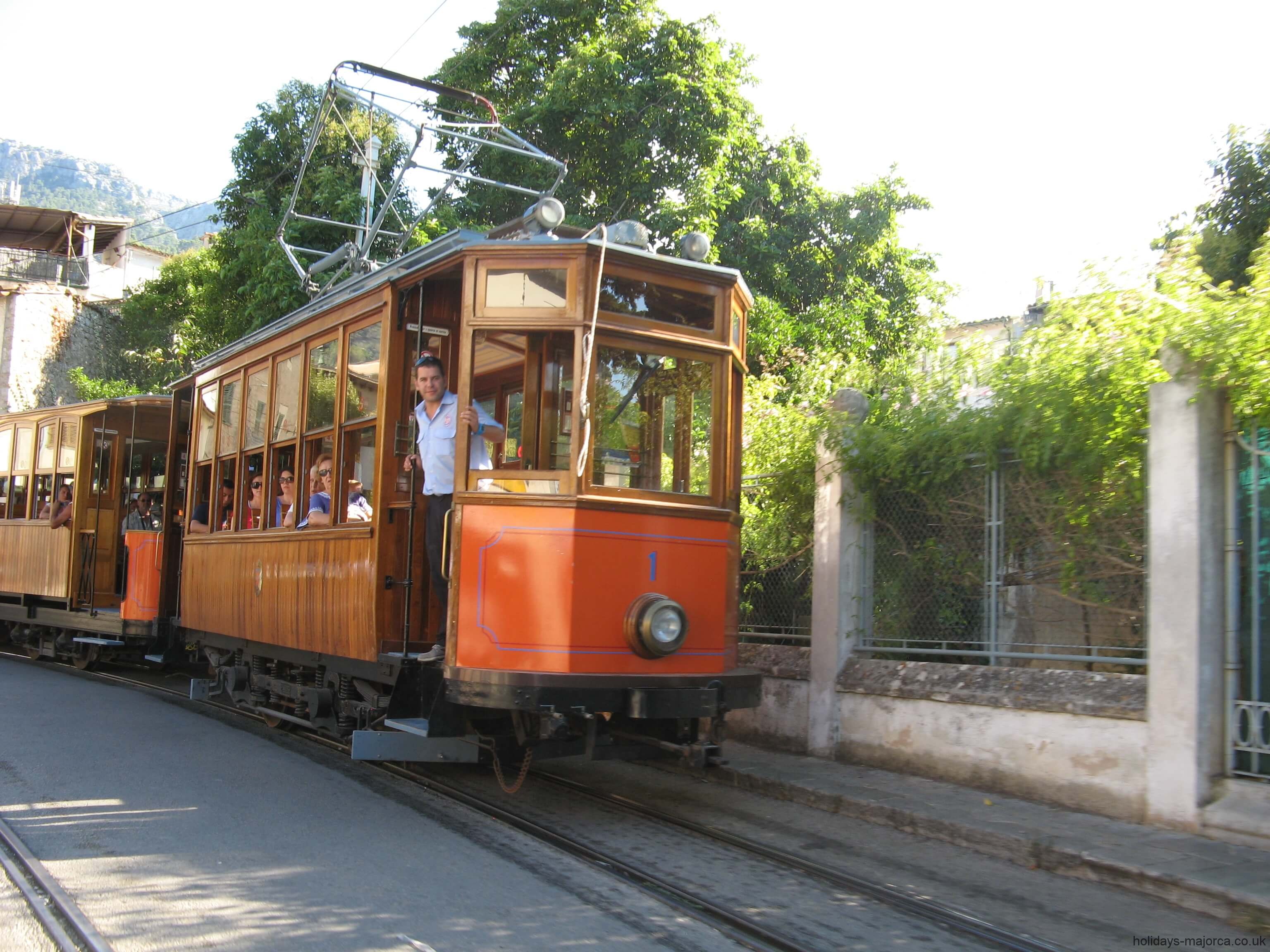 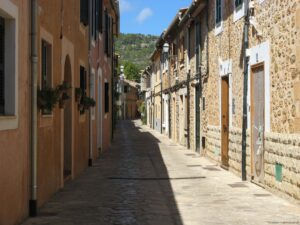