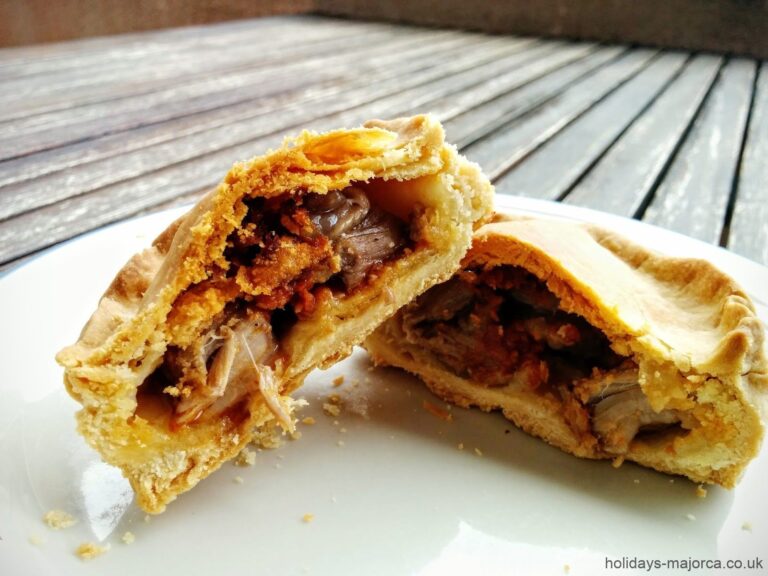 Empanadas can be bought from nearly all bakeries and supermarkets in Majorca.

The most popular type is meat (usually pork) but you may see fillings of chicken (pollo), fish (pescado) or even squid (callamar).

They can be eaten cold or hot (after about twenty to thirty seconds in a microwave).

When buying from a supermarket, empanadas are found in either packs of two, or in the self-service units where loose bread is sold (e.g. in Lidl or Aldi stores).

The more exotic fillings usually need to be bought from smaller independent shops, however, we have noticed that chicken ones are sometimes available in Eroski stores.

When choosing your empanada, and your choice is pork, you will have another decision to make.

These pies come with peas (con guisantes) or without peas included in the filling.

In our opinion, the ones without peas are the best, not least as you get more meat in them and they are seasoned with a little Sobrasada (Mallorcan paprika sausage).

They make a cheap and substantial lunch with a little salad (Eroski sell a pack of two for around 3.25 euros for example) and can be enjoyed on the move as well.

Just the thing after a morning on the beach or around the pool. Try one!