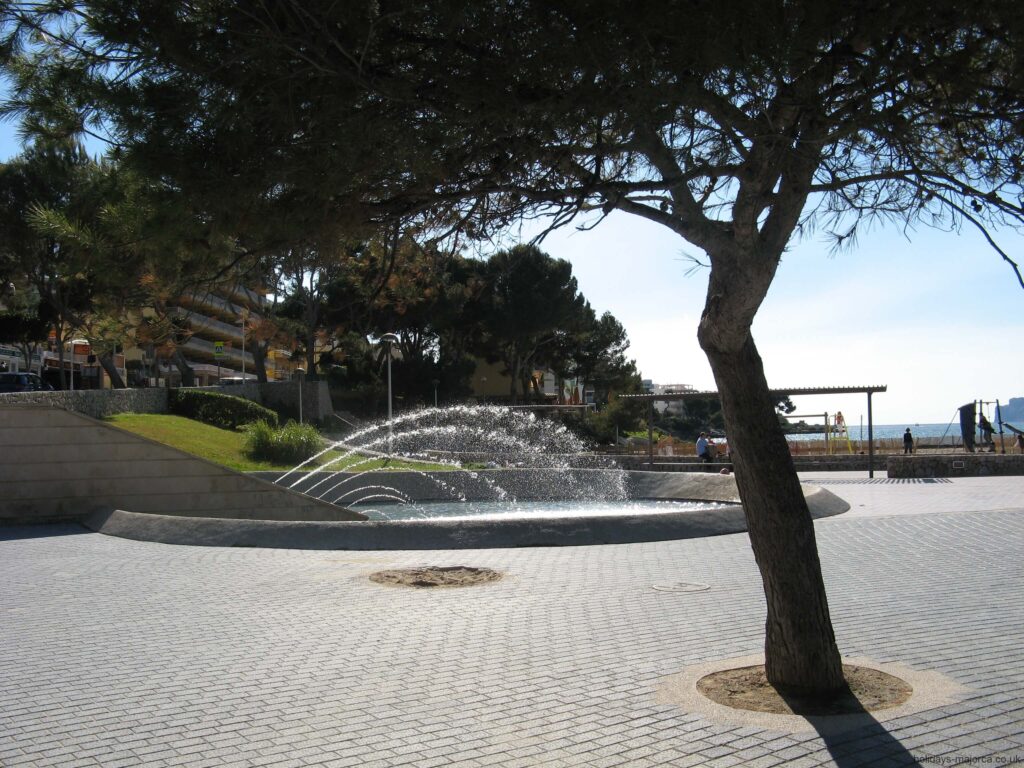 Situated on the South West coast area of Majorca, Santa Ponsa is a lively resort at its busiest between May and the middle of October, however, that does not mean it should be overlooked for a winter break as well.

During the ‘off season’ months there will be bars and restaurants open to cater to this out of summer market.

The main beach with its sheltered cove was the landing place for Jaume 2nd in the year 1229 when he began his conquest of Majorca from the Muslims, who arrived in the year 903.

A large cross, erected in 1929 above the marina commemorates the event and a big festival, Rei en Jaume is held at the end of August and early September each year.

Whatever accommodation you may choose, from all-inclusive to self-catering, the chances are you will get a sea view as the coast is abundant with hotels and apartment complexes.

If your taste is a rural ‘Finca’, the Calvia countryside to the north of Santa Ponsa boasts many such properties that are available for rental.

Things To Do In Santa Ponsa

The beach is the obvious pastime and a safe contained swimming area keeps bathers and boaters apart.

There are the usual sunbeds and sunshades to rent and if you want to venture onto the water, pedalos can be hired or you can try a jet ski.

If scuba diving interests you, this is also available.

From the two marinas, boat trips to other coastal resorts are always popular.

The beachside promenade has a good variety of bars and restaurants and there are some small supermarkets.

There is no market held in Santa Ponsa, but coaches and taxis will transport you to the nearest one which is in Andratx and held each Wednesday.

Magaluf which lies next door to Santa Ponsa, has a couple of large water parks and is a great day out!

Golfers are spoiled for choice as there are no less than three courses in the area, with one being in Santa Ponsa itself!

As with other resorts, there are many excursions offered from a trip to the Caves of Drach in Porto Cristo, to a night out at the famous ‘Son Amar’ or ‘Pirates’ shows.

Going further afield, a good way to spend a day is a trip to the Majorcan capital Palma, the sightseeing busses allow you to hop on and off as you explore this beautiful city with its cathedral and interesting streets and squares.

However, if you just want to stay in the resort for the whole of your holiday then you won’t get bored as there’s plenty to look at and experience in Santa Ponsa, which was also featured in the T.V. series ‘Passport to the Sun’ a few years ago!

You can take your pick of food outlets and bars which, as said before, line the promenade and surrounding streets serving traditional and also meals to suit national tastes, you can easily get a great ‘full English’ at many places!

Dare we also say that there is also a McDonalds overlooking the beach?

We can recommend a cafeteria called ‘Tonys’ which is located just at the start of the main road to the beach near where the local busses turn around.

Whatever you want you will find it somewhere within the resort.

Santa Ponsa is a resort that has been enjoyed by people, especially the British, for decades, since the first package holidays arrived in Majorca during the 1960s and is still just as popular today.