Bunyola – A History and Chronicle 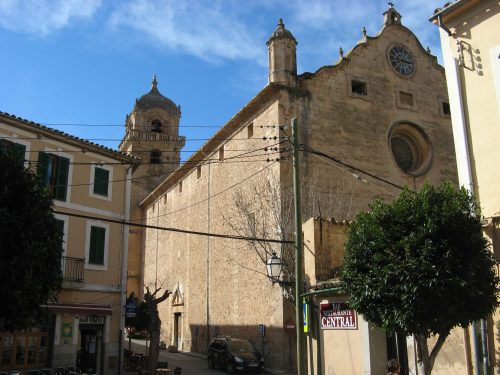 There are a number of theories with regards the origin of the name ‘Bunyola’. The three most popular are that it originates from the Latin word ‘balneola’, roughly translating to ‘small baths’ or that the name originates from the Latin for ‘small vineyard’ – ‘vineola’. The final option relates to the Arabic ‘bunyan’ meaning ‘stone construction’. Other varieties of the name exist, mainly from the 13th century in the forms of ‘Bainola’, ‘Boinola’, ‘Boynola’, ‘Buynola’, ‘Buyola’ and ‘Buyolla’.

Significant events in Bunyola’s history are:

1232 – In the distribution of Mallorca the lands of the region were given to the earls Rosselló Cerdanya and Nunyo Sanç.

1241 – As a result of the death of Nunyo Sanç, his possessions were given back to King Jaume I.

1248 – The parish of Santa Maria (Saint Maria) de Bunyola is mentioned in a document of Innocenci IV.

1285 – On 1st December the local council gathered to appoint representitives in order to pledge allegiance to King Alfons.

1300 – The parish of Bunyola changed the patronage of the local church from Santa Maria to Sant Mateu (Saint Mathew).

1510 – On 22 September Miquel Frau was given the contract for painting the altarpiece of Sant Mateu church.

1666 – Bunyola owned a third of the Sierra de Tramuntana.

1756 – On 22 April the first stone was laid for the facade of the new church in Bunyola.

1779 – The new parish church was finished and blessed.

1865 – The statue of the Mare de Deu de les Neus is moved to the Roser’s chapel.

1912 – The train line was opened between Palma and Sóller stopping at Bunyola on the way. Nearby the station textile, soap, shoes and liquor factories opened.

1925 – In September, during the celebrations of Sant Mateu, the first stone of the Bunyola school was placed.

1936 – On 19 of July, a group of around 40 people attempted to occupy the town hall of Bunyola, but were contained by the Mayor Joan Nadal, with help from the Guardia Civil, whom had not yet joined the uprising. Afterwards, the rebellion triumphed in favour of the Nationalist Party.

1954 – On the 5th of February, the gardens of Alfàbia were declared of historical artistic importance by the council.

1960 – On the 8th of August, the image of the Mare de Deu de les Neus was moved again to the high altar.

1966 – The theatre group of Bunyola is born, on the initiative of a few young hikers called the UEB (Hiking Union of Bunyola).

1968 – In the ancient grounds of Caubet, the Hospital Joan March was built.

1979 – In the first local elections, after the death of Franco, Jaume Conti Borràs, chief candidate of CIB, was elected mayor.

1983 – In spite of being the candidate less voted in the local elections of this year, the chief candidate of UM (Unio Mallorquina), Antoni Colom Negre, was elected mayor of Bunyola surrounded by a very controversial  poll.

Summary
Article Name
A History and Chronical of Bunyola
Description
Detailing the origin of the name and important milestones of the small Majorcan town of Bunyola, set at the foot of the majestic Serra de Tramuntana.
Publisher Name
holidays-majorca.co.uk
Publisher Logo

In 1306 King Jaume II inaugurated Sineu market and it has been open every Wednesday since. The locals visit the market mainly for live stock, fruits, vegetables, cheese, cold meats[...]
Add