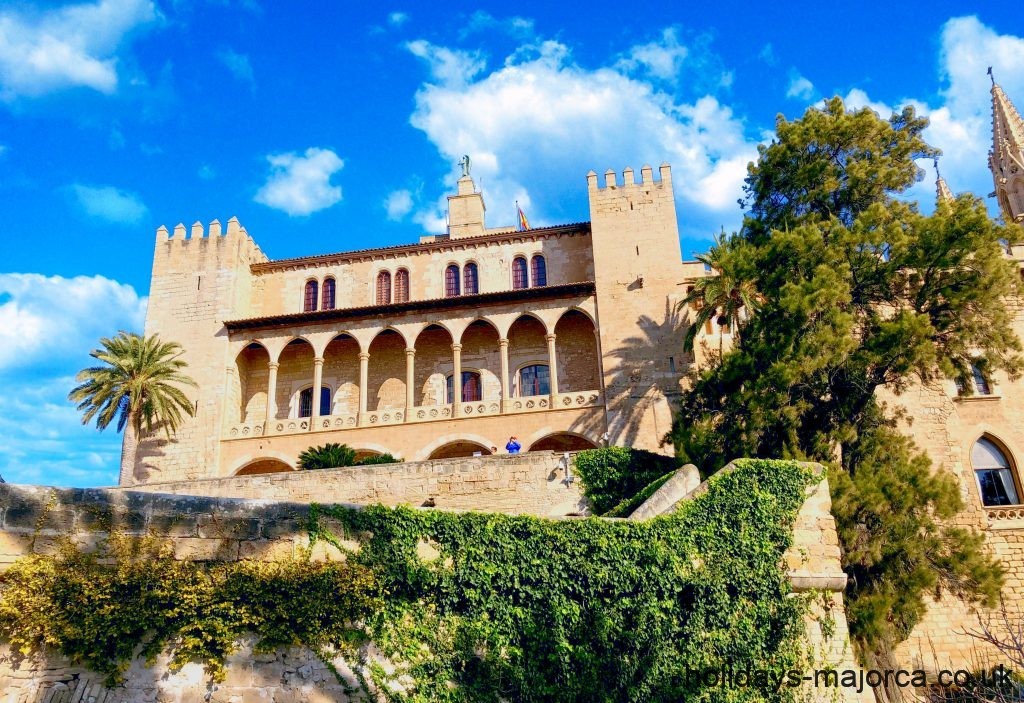 With a spectacular location by the sea and next to Palma Cathedral, the Royal Palace of La Almudaina narrates the history of Mallorca, offering a delightful mixture of the different cultures that came to the island to leave their mark.

Due to the beautiful location of the Almudaina, the different civilisations that have occupied the island have passed through the place creating different spaces adapted to their tastes and needs.

The area was occupied since the Talayotic period, and sometime later the Romans also decided to settle in the same place.

The first version of the current palace, in the Muslim style, was built in 1281 and years later it was modified by King James II, who gave it its current form.

During the tour of the Royal Palace of La Almudaina in Mallorca, you will visit different rooms in which the furniture and pleasant decoration are still preserved to evoke a palatial atmosphere that offers an authentic journey through time.

After walking down the royal staircase, visitors’ eyes and cameras are drawn to the royal chambers, which still seem to be inhabited.

During the visit, it is also worth paying attention to the Chapel of St. Anne, a true Gothic jewel.

A Sight Not To Be Missed

The Royal Palace of La Almudaina is one of the main places to see in Mallorca and as such it is always packed with visitors.

The interior of the palace is perfectly preserved and it is a real pleasure to walk around its installations, making it a highly recommended visit.

To avoid queues and waiting, it is best to buy your tickets online directly through the Almudaina website.

In order to avoid crowds at the palace, tickets are sold at set times.